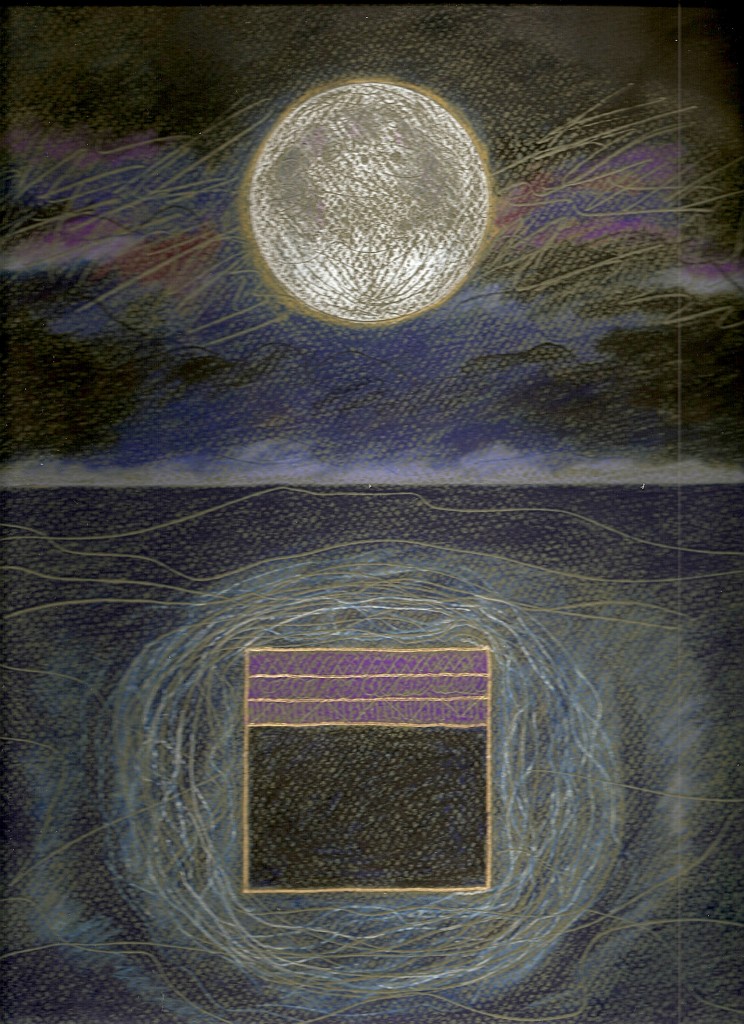 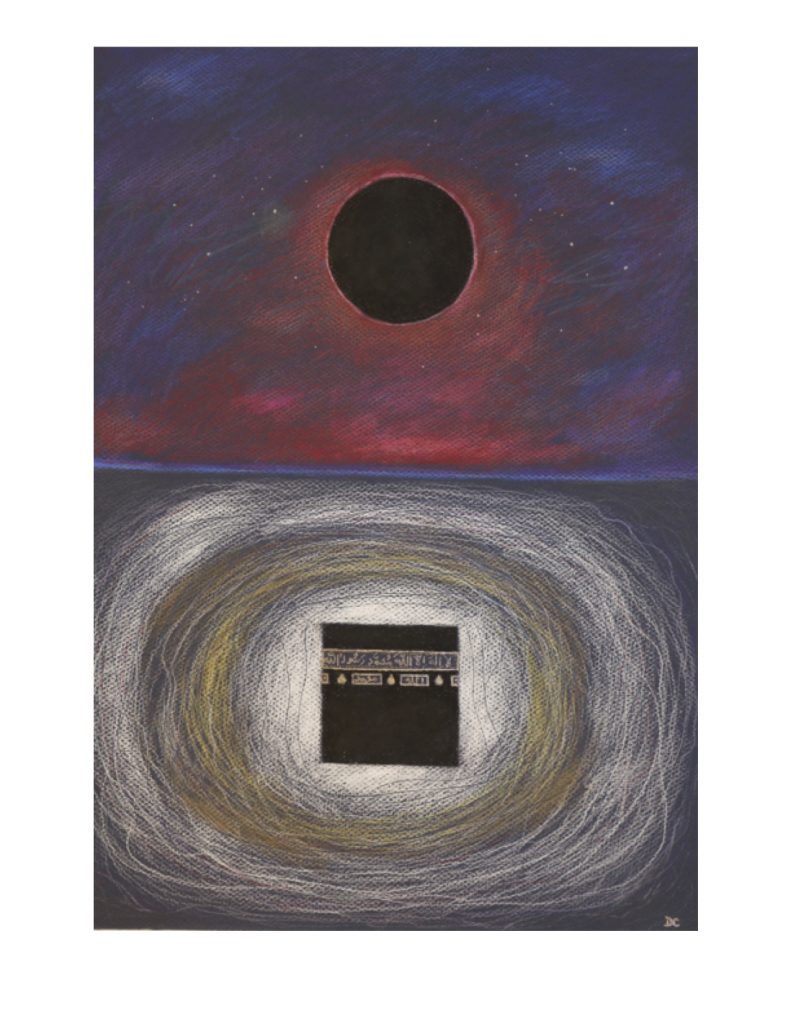 The image of the Moon, the celestial satellite is contrasted with the Earthly Kaaba, the cubic House of Allah (God) which is known as the first place of worship built by the prophet Adam and later reconstruced by the prophet Abraham and his son Ishmael. The halo lines surrounding the Kaaba represent the pilgrims in the circumambulation or tawaf.

This entry was posted in Uncategorized. Bookmark the permalink.